I am starting the blog again.  May you all have the best year, this year, that you have ever had!  Full of Joy, Health, and Enlightenment.

An other-worldly Savannah snowstorm in Savannah, GA.  A harbinger of great things to come!

We’re ready for the snow!

The Joy and Wisdom of Children

As some of you know, I’ve been having this “issue” with snow.  It all started with a post (read it here) I did about good friends Donnie and Kinzie, who went up north for Christmas and sent these pictures of a substance they called SNOW (which all Savannahians know doesn’t really exist except in Christmas cartoon movies). 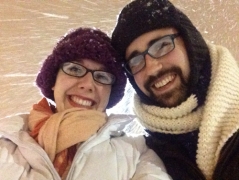 Well, I have a HUGE APOLOGY to make to Donnie and Kinzie and Yankees everywhere.

I’m SO sorry.  There IS snow.  Here.  In Savannah!  I was walking past the Civic Center today and saw this: 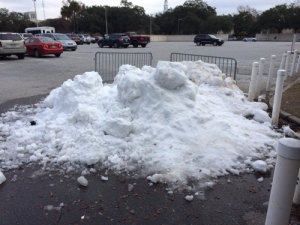 A big ole mound of SNOW.  I got so excited I ran right up on top of the mound. 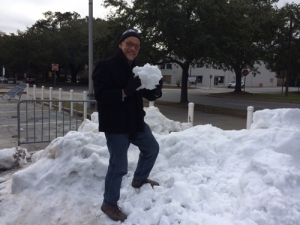 Snow!  You were right, Donnie and Kinzie!

But why on earth does it just snow in one spot?!

Humor, In Our Own Backyard

So last night good friends Donnie and Kinzie (Donnie is at SCAD–the Savannah College of Art and Design–studying film, and Kinzie is a talented photographer) texted me from their holiday soiree in hometown Urbana, Illinois:

Donnie in pic below:

The next interchange between Kinzie and me:

You see, I live in Savannah, GA.  That’s right, the deep South, and we ain’t never hearda snow.  But, if you can believe Donnie and Kinzie, it’s this white, frozen stuff that falls out of the sky.  Ha!  Right!  Like I’m falling for that.  And it seems you can make “snow men” out of it.  Ha!  Right!  The only snow man I can make is outta socks:

So, professor that I am, I decided to do some serious research about Donnie’s and Kinzie’s “snow.”  Of course I headed straight to UrbanDictionary.com.  And, looky here, Donnie and Kinzie.  Here’s what snow means:

“Duuuuude I just saw Predator and it was sooooo snow.”

9. Snow — It is the process of adding lots of small hole-punched papers into a nuggeted back pack.

“Who snowed my back pack?”

“The teacher was snowed by the seemingly endless barrage of students’ questions and failed to realize what was really occurring in the classroom.”

25. Snow — Snow is a racist term used to describe white people in general, mainly because their skin tone is white as snow.

“Damn, look at that snow whitey, he’s white as snow.”

32. Snow — To shed excess amounts of dandruff on another person.

“Mary was disgusted when John came over and snowed on her shoulder.” 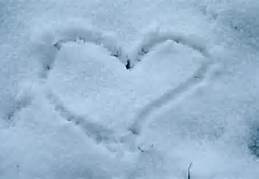 *
Love you anyway!
*
Kinzie, Donnie, Me and Robert a while back enjoying a rather warm Georgia fall.  (Where there is no “snow.”)
*